TUCKER CARLSON (ANCHOR) And we certainly have to thank Dr. Bodine for her Fox exclusive warning not to download or click on DevilsGame, the APpOCALYPSE app or any LookU1 text or email. Doctor, this warning comes from a very unlikely source — Nathan Rifkin, Director of Communications for ScarySmart, which makes the games. Their official spokesman told you, “Don’t touch any of our products?”

CARLSON He told you ScarySmart was hacked and lost control of the game. Could the person you communicated with be a hacker?

CLAIRE I’ve had numerous encounters with Mr. Rifkin on talk shows and panels during my long campaign against DevilsGame, and I recognized his uniquely jaded perspective.

CARLSON In moments, we’ll be going live to the Mall of America. But, this is shocking, we are now getting word -- as of yet unconfirmed -- of similar mass casualty explosions in Seattle, and Des Moines and…Richardson, Texas! All these unfolding tragedies apparently have taken place at what are called “Landmarks” or “Sustenance Hubs,” in the DevilsGame APpOCALYPSE app.

CLAIRE May the Lord be with the victims and their families! And please heed this message: stop playing APpOCALYPSE! Now! Lay down your phones! They have become implements of destruction.

CLAIRE Yes! We’re seeing proof that playing DevilsGame APpOCALYPSE is playing with hellfire. It’s shocking, but can we be completely surprised? The Bible teaches we reap what we sow, and I’ve been sounding the alarm about DevilsGame since it came out in 2013. And this heinous new app, DG APpOCALYPSE --

CARLSON Who is behind the explosions, though? Certainly individuals. Or do you believe this is literally the Devil’s work?

CARLSON Violent video games have worried parents for decades now. Why is DevilsGame such a different beast?

CLAIRE DevilsGame is one of dozens of single shooter games, which have been spawning mass killers and mass killings for years. School, mall, and movie theater massacres plague us – all planned and executed by “single shooters” playing their own hellish game.

But DevilsGame brings gaming to a new level of depravity because the game is the gateway to an entire online ecosystem of sin. Players, legions of our children among them, are encouraged by DevilsGame “credits” to explore pornography, gambling and so-called “dating” websites, where prostitution flourishes.

And now there is DevilsGame APpOCALYPSE , which has been downloaded hundreds of millions of times worldwide, bringing the homicidal thrill of single shooter games to the streets of your city, using GPS to place “THE OTHER” – shadowy, animated “aliens” – at actual landmark locations in virtual reality.

CARLSON Right. A sci-fi scenario where Players battle to “Liberate” popular landmarks and so-called “Sustenance Hubs” from Aliens. It’s the feeling of “defending your home turf” from alien invasion that apparently makes it such a huge hit with kids.

CLAIRE The worst possible message! We’re already too eager to project our fears and prejudices on “the Other,” whether they are refugees from a war-torn country, or our next-door neighbor with a different race or religion.

CARLSON But psychologists, some on this very network, hail APpOCALYPSE as a breakthrough. Unlike other video games, this one promotes social interaction.

CLAIRE In the narrowest sense. If you geo-track a “High Scoring Player,” you can absorb power they “shed” as they Evolve, so it pays to be one of their so-called “Friends.”

CARLSON Some say this fosters “community,” getting self-isolating gamers away from their computers and meeting each other. But tonight, we see this appears to have had tragic consequences. Let’s go now to Leah Beno at the Mall of America in Bloomington, Minnesota. Leah?

LEAH BENO (REPORTER) Tucker, yes we are here outside the Mall of America, where just minutes ago an explosion rocked the tranquil scene here, leaving four young people dead, and setting police the enormous task of clearing and evacuating the building, checking for any survivors cowering in fear, any assailants, or any further explosives.

CARLSON Leah, we are being told 911 numbers are lighting up and police radios across the country are crackling with reports of explosions at Landmarks in city after city –

And now, here is breaking news, a Fox Exclusive –

We have just learned of the suicide of a top executive of ScarySmart, who apparently has plunged to his death in midtown Manhattan. Our Lisa Evers is live at the scene.

LISA EVERS (REPORTER 2) Yes, Tucker, I’m here at 51st & Broadway, just blocks from our studio, where the crushed body of Arthur Gottesman lies, under that small blue tent across the street.

Gottesman has apparently taken his life, and just prior to throwing himself from this 12th story office window, he posted on Facebook and emailed several news organizations this message –

“I can no longer take part in glorifying and monetizing corporal violence. DevilsGame has spawned a vicious online culture that vilifies kindness and inclusiveness and that incentivizes thuggish xenophobia and paranoia.”

CARLSON Lisa! We could feel that here! Sloshed my coffee. Lisa, stay safe. Stay in touch. We are hearing from our Fox affiliates across America that there have been explosions in a number of other cities – Topeka, Chicago, Anaheim, Tallahassee. Explosions seeming to target notable city landmarks and “Sustenance Hubs,” whatever those may be –

CLAIRE Sustenance Hubs and Landmarks are where APpOCALYPSE Players slay “the Other.” But the Hubs sell fast food and liquor and partner with ScarySmart, so after killing aliens there, you can get discounts on buffalo wings and knock back a beer.

And, Tucker, please, I must say, the explosions aren’t targeting city Landmarks but the youngsters gathering at these locations playing APpOCALYPSE. Everybody must STOP playing the game. And turn your phone off. Really, it’s safer for now.

CARLSON You can see in the ticker across your screen the cities and towns now reporting explosions. And these are pictures coming live now from our affiliate in Los Angeles…. We are looking at the very recent aftermath of an explosion outside the Chicken Little Grill. Ambulance at the scene, police setting a perimeter...scattered belongings…camera showing us a phone on the pavement, the screen cracked…But the image on it…a moving image?

CLAIRE It’s a wink. The Look U1 Wink.

Similar to uploading or downloading, sideloading is the process of transferring data between two local devices. The most common example of this is installing an Android app on an iPhone, or an iPhone app on a BlackBerry, etc., which requires a modified version of the software be downloaded onto a computer, which is then used to transfer the app to the device via a USB connection 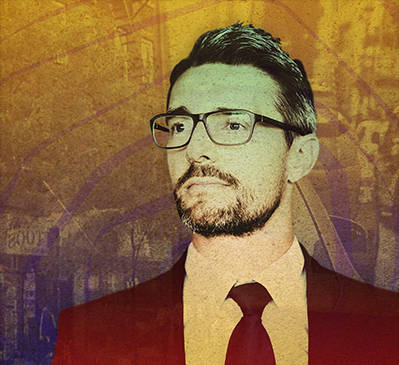 Nathan Rifkin has worked for ScarySmart since 2012 and has been the Director of Communications since 2016. 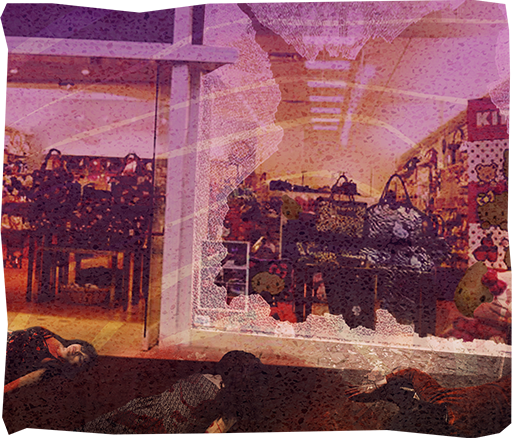 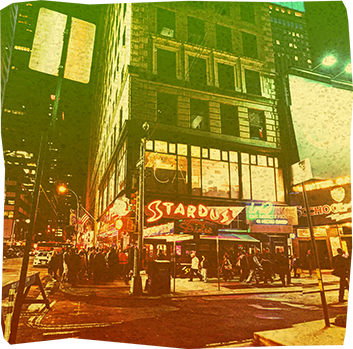