Made it!!! Kaz is of course in first class
I passed him on the way to business
He was turned away sleeping
Or pretending to
This flight is 13 hours

Fox 5 now sharing my alert not to download or click LookU1 – and reporting affected iPhone and Android touchscreens are completely unresponsive. Not completely – they still let you play APpOCALYPSE…!
I am On Air in five.

Great, thanks for getting word out.

Before you go, what are you not telling me?

I told you all I know.

Why do you say that?

Well, they killed him first.

Sorry. They killed him. They didn’t kill you.

Well, he was our systems guy, so by definition, he knew a lot more than me. And we hadn’t finished our conversation when he was interrupted to go to Kazuyoshi’s office. And for some reason he handed me his BB.

He loved it - like me, Obama and Hillary loved ours - but Artie held on. There must be important information on it he was trusting you with.

Remember when North Korea hacked and wiped out Sony Pictures’ computers? A drawer of spurned BlackBerrys let execs email/text securely. That inspired Artie to hand out BlackBerry Passport Silver Editions to select colleagues last Xmas for a bad day at ScarySmart. Mine stayed in its box.

But for some reason, he handed me his Passport

Um, ok, will figure that out

Shit. Chinese lady with umbrella just got on the plane…Shit shit keeping head down…walked past me…sitting somewhere behind me.
Not gonna get much sleep on this flight…

On Fox now — the ChokoKitty Store at Mall of America!

Six kids were gathered in front playing APpOCALYPSE – supposedly the store is a “Sustenance Hub” in the game?

Yes, where the aliens draw their energy.

One of the group shouts, “Maximum destruction!” and presses his phone, there’s an explosion, and four of the six kids are dead.

President Obama didn't retire his BlackBerry until summer of 2016

A Sony employee happened to find a number of BlackBerry PDAs in a desk drawer, and was able to use them to set up a basic network.

Unlike another smartphones (and even many computers), BlackBerry has an extremely efficient security system, which is why it’s still used heavily by US government agencies and contractors. Moreover, BlackBerry phones are too rare for most hackers to bother targeting in the first place.

More on the Sony hack at CyberToPhysical.

As Business News Daily explains, the current version of BBM is still extremely secure. It uses a PIN-to-PIN messaging system, which means that all messages are encrypted during transmissions and can only be decrypted by a private key on the device owned by the intended receiver. Messages pass through a firewall before hitting BlackBerry's servers, so not even BlackBerry employees can read the messages. Individual businesses can also obtain a unique encryption key for added security. 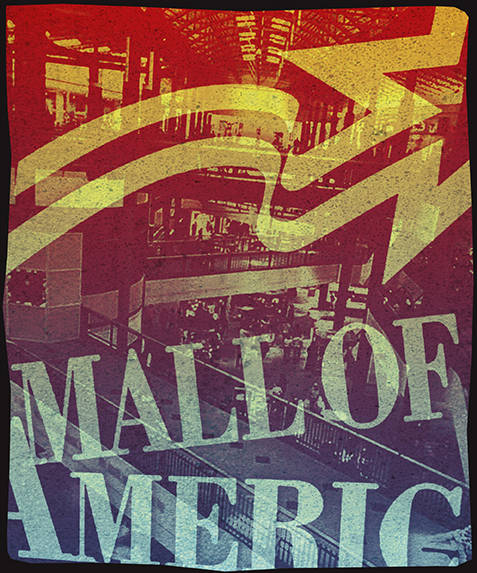 Located in Bloomington, Minnesota, the Mall of America is one of the largest indoor malls in the country. Opened in 1992, it is currently home to more than five hundred stores.