Please give me some evidence beyond paranoid dramatics. We both know hyperbole is your profession.

The evidence is overwhelming that you have lost your war against APpOCALYPSE, Ms. Bodine! There were 12 million downloads this WEEKEND. A total of 276 million through North America, Europe and the Commonwealth.

And the LookU1 alert going epidemic right now is a force multiplier: it offers free DevilsGame credits or a cash prize based on the geolocation of a supposed “Winning Friend” — but take the cash or the credits, it’s all a ploy to get your bank or credit card info. And I guarantee you someone is clicking that damn Wink every second.

And wow, you want real world evidence of the LookU1 virus?

I was too last minute to get TSA pre-check, so I’m mashed into the massive mangle of anxious humanity here at JFK. People with mobile boarding passes reach the front of the line, and lots of them – especially the young ones – find their screens totally unresponsive to touch.

There are lots of red faces and loud voices, and now TSA is forming a separate queue for them. iPhone or Android, doesn’t matter, that’s the chatter coming down the line. Now some people without paper boarding passes are leaving the line to go get them…

Needless to say, this is causing delay and tension.

And you say this massive nuisance virus is all ScarySmart’s fault?

It’s more than a nuisance…and it is no longer ScarySmart’s fault.

Is that a denial? Or are you just in denial?

Doc, here’s the news flash: ScarySmart’s servers have been hacked. Hacked and all our data stolen. We can’t access what was ours and we don’t know who has it.

Good heavens, why haven’t you already alerted the world?

What do you think I’m doing now with THESE CAREER-KILLING REVELATIONS?? I’m telling you!

You have a legion of followers, an outsize influence on cable TV, you are honest to the core. Plus, you were the first and only person I thought of who has a BlackBerry.

You have your company’s millions in resources!

With all our servers wiped, all our computers crawling with a virus that continues its creep across an expanding universe of devices…You are my resource!

Shit. The killer woman just joined the line…way back…Shit, she saw me.
Never been so grateful for the TSA.

DESCRIBE HER TO THE TSA!

She’s half a terminal away from me, they’ll think I’m a whack job.
Geez, no one carries an umbrella in a TSA line. And it’s not raining.

Why do you believe she is trying to kill you?

She killed Artie. Fast. A straight shot with the flat of her palm crunched his nose, she opened the window and threw him out like laundry. She saw me, threw a scissors at me.
I the fuck ran.

What do I tell them? I need to catch Kazuyoshi and ANA 103 to Tokyo. He must know what’s going on or he wouldn’t be running so fast.

Stop running! Meet me in NYC.

Have an event tomorrow – “God Live @ the Garden.”

In five minutes I’ll be in the Fox greenroom. Studio @ 48 & 6th Ave – say you’re a guest of Tucker Carlson.

You will be by the time you get here.
Tell me: why is this anything other than a very bad day for ScarySmart, and for consumers who gave it their data?

ScarySmart got hacked, its new mobile app may have killed your smartphone, and your credit card is toast. Except for all your drama, what’s the big story here?

You’d like it that simple. DevilsGame and APpOCALYPSE were evil and now - because they lost your data and killed you phone – they are history! Hallelujah!
Except it is so much worse than that

Geez, the woman that’s trying to kill me is a lot closer in line than she was before

No, just about to take off my belt and shoes and feed my phone to the TSA.

Don’t! Get out of line, stand aside!

See you on the other side.

Nathan! Let me advise you. 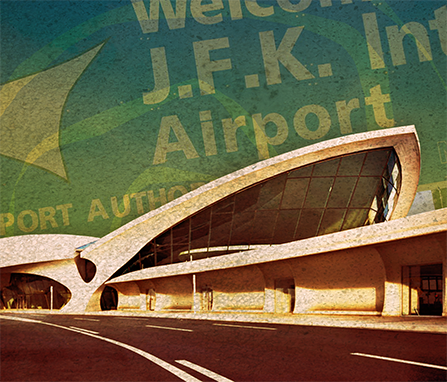 John F. Kennedy International Airport “has been at the forefront of aviation since its first commercial flight in 1948.” 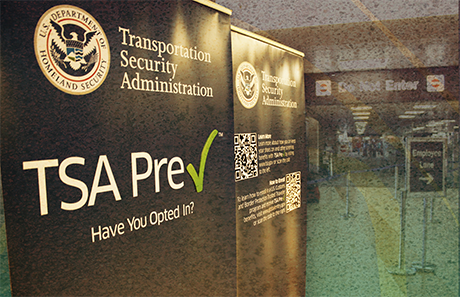 TSA PreCheck® expedited screening allows eligible travelers to keep on their shoes, light outerwear, and belts, and leave laptops and liquids in luggage. 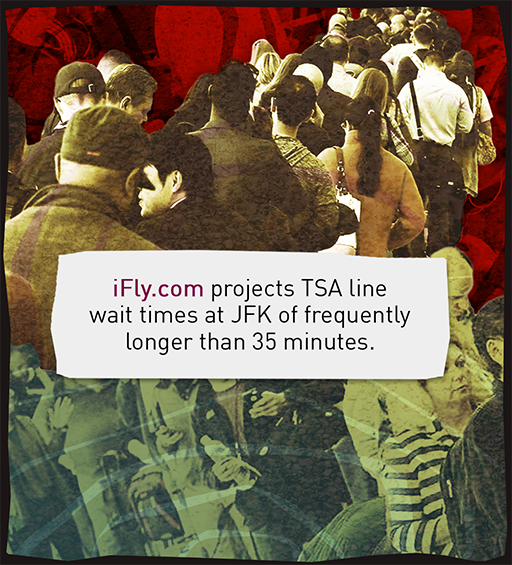 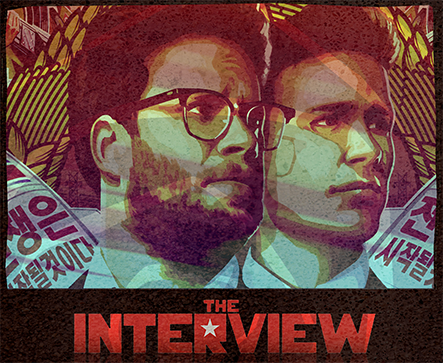 Corporate hacks are becoming increasingly common and extensive. One of the most devastating was the Sony hack, rumored to have been performed by North Korea in response to Sony’s film The Interview, which depicts the plotted assassination of North Korean leader Kim Jong Un. 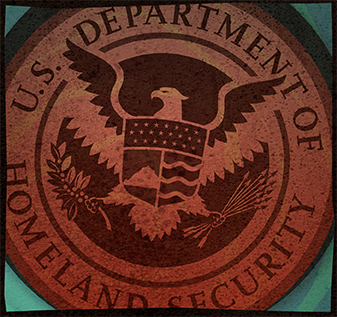 Mission: Protect the nation's transportation systems to ensure freedom of movement for people and commerce.

Vision: Provide the most effective transportation security in the most efficient way as a high performing counterterrorism organization. 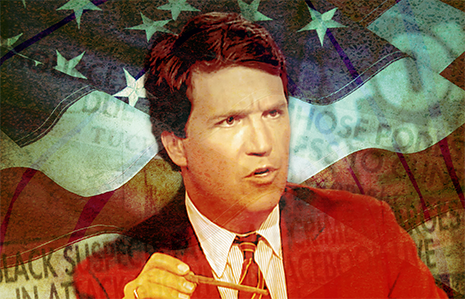 Conservative American journalist and political news correspondent Tucker Carlson was CNN’s youngest anchor ever when he began his career in 2000. Carlson joined Fox News in 2009 and became the host of Fox’s nightly Tucker Carlson Tonight in November of 2016.